MAWTT - Doggone it (or any animal) 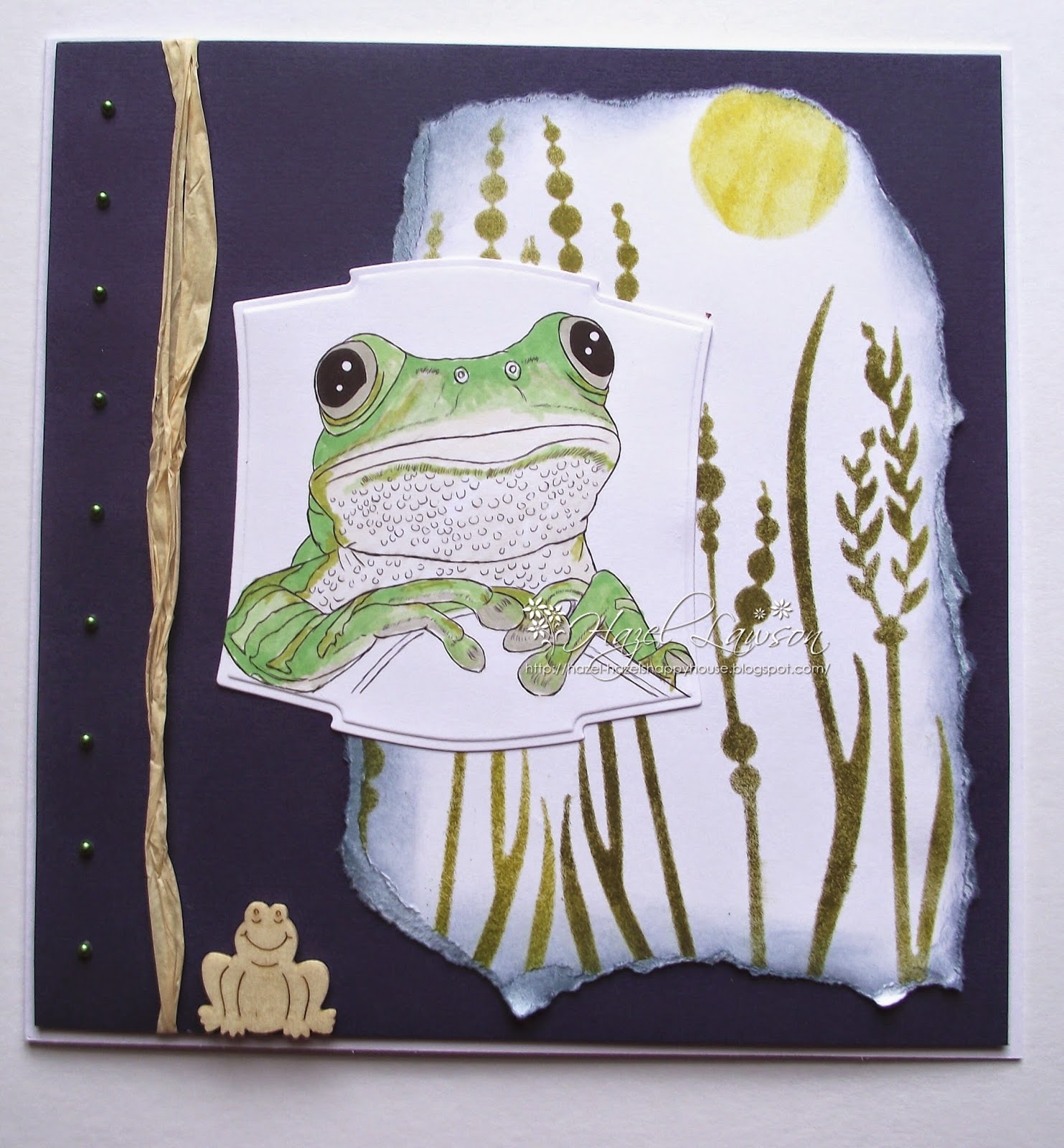 Susan's turn to choose the theme for this week's card at Moving Along with the Times and she chose 'Doggone it' or any animal so that was OK. I tend to make quite a few cards with dogs on as one of my sons breeds dogs, so I thought I'd pick this tree frog image. The image is by Fitztown and is available at their Etsy store.

When Eric and I went to stay with his relatives in Darwin in the Northern Territory of Australia, in 2010, we were amazed to see a frog, exactly like this one, peering from under a plant pot on their veranda - and it's five or six storeys up!! They think it had been brought from their previous garden by the removal men without realising. It joined us on the veranda every evening, coming out to sit on the arm of a garden chair. I called him Mr Frog, he was so cute. Happy memories.

Back to my card........... it's a Joanna Sheen large square and the navy card is from Papermill. I raised the navy card on foam pads after wrapping a piece of Hobbycraft raffia round the left side. I got round to using my Barbara Gray stencil which I bought at Ally Pally. I used two shades of green Distress Ink on the reeds and yellow for the moon and after tearing the image out I edged it with Stormy Sky Distress Ink. The image was coloured with my Promarkers and cut with a Spellbinders label die. A small wooden frog from Create and Craft was added as an embellishment.

Thanks for visiting. x


Due to new laws